However, as we told you, we’ve been dealing with so much ‘crap,’ I feel like a stable hand on a farm–or like trying out my so-called ‘stable hand’ on a poker game.

I usually dismiss the constant problems and take to reading novels voraciously. I’m finishing a novel again today (The Fey by @ClaudiaC), which is a dilly and a half. I started a year or two ago and am now on the third read. Claudia Hall Christian is a fine writer and has so authored so many books, I don’t know if I can read them all. What I do know is that when I read a book I love, I usually re-read it several times, holding up my Too Be Read stack (TBR) another bit of time. When I can’t really savour every word properly, I abandon that to a hobby.

I play No-Limit Texas Hold’em with play money at various sites. My friend and I love it because we get to choose which character we want to be – a tarty wench with a sultry voice or an incredibly annoying man from Lithuania whose manner of speaking drives people NUTS. Most won’t even play when that character’s at the table, so when I take on his persona, it’s to distract other players from their game. Another tool we have to accomplish this feat is chatter. While playing poker, we start up conversations with other players via something like text messaging.

We don’t always try to mess up other people’s concentration (to make our Royal Flush, the top way to win). We’ve met some nice people through our games. For instance, she and I regularly chat with a woman named Orla who works at a pub in London and hails from Belfast. I’ve made friends with people from Brisbane, Holland, Germany, Wales, Slovakia, and even some locals in B.C. It’s good clean fun and I love it. I’d never play for real money. I want the skills and whenever they have another Second Annual Women’s Poker Tournament, I want to win a seat there. You can win seats by your online logs of how you play. That is all I could do when I first got home—that, and sleep. I was sick from exhaustion, and not having time to take proper care of myself.

Big bear hugs to all of you.

END_OF_DOCUMENT_TOKEN_TO_BE_REPLACED

Slipping into my runners, I tie them firmly but not too tight. I step out of the apartment and fumble with the keys as I lock the door. I run down the six stairs to the foyer. After yanking the door open, I step out, dancing down those five steps.

I almost expected to hear a booming radio voice penetrating all the clamour around me — “That’s one small step for a woman ….” Okay. Okay. It was not of Neil Armstrong proportions, but a biggie just the same.

There are no trumpets or bagpipes. Nobody rushes at me, pulling me into a lovely hug that jostles my bones. Nope. The traffic didn’t come to a standstill. There was no double-take of any kind. This–after I leave my safe home for the first time in twenty-one years, with my arms and legs fully exposed, baring hundreds of scars to the cool breeze. Shorts and a tee-shirt never felt more free and easy.

END_OF_DOCUMENT_TOKEN_TO_BE_REPLACED 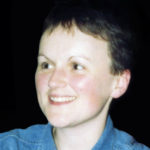 Drop by for a Visit